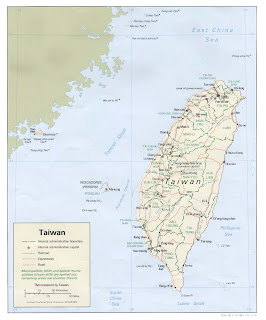 Could it really be happening, this time for real, or is this another maybe not. As design projects go, I'd fall asleep trying to write the history behind this big "maybe" to take place this week.

A major committee of the Taiwan legislature this week approved a $62 million spending package for submarine design that could lead to a windfall for Electric Boat in Groton.

It also could lead to the precedent-setting situation of a U.S. company's building submarines for a foreign navy.

Rupert Hammond-Chambers, president of the U.S.-Taiwan Business Council, said Friday that "the odds are pretty high" that the money will survive a pending vote of the overall legislature. Taiwan's Legislative Yuan has final say over the country's spending, and it might release more money for submarine work in 2008.

There is always a catch. This one has several, but this is my favorite.

The estimated cost for design: $226 million. Although the $62 million approved this week is far short of that, Simmons said Friday, "You can buy a lot of design work with that. That is not a trivial amount."

Although several U.S. defense contractors could be in a position to bid on parts or all of the contract, Simmons said that Electric Boat is "the best." And he supports the idea of it getting into the business of building these smaller submarines powered by diesel and batteries, which Simmons thinks the U.S. Navy should start ordering for itself.

Rob Simmons is a state business advocate, also known as lobbyist, so of coarse he wants whatever brings Electric Boat in the $$$.

I gave up long ago trying to figure out the relationship between Taiwan and the US under this administration. Anyone who assumes anything, assumes too much in my opinion. Honestly, Bush made the Kitty Hawk incident go away and basically told the Navy to shut its mouth, while at the same time he seems to have no problems selling military equipment to any buyer, see India and Taiwan for examples. I'm thinking the US will take the cash and damn the consequences, but that is because I think Bush plus this Congress represents the biggest whore for the defense lobby our nation has ever had and puts the lobby above the troops every time they have the chance. Hey, you saw the earmarks, it is what it is.

$62 million of $226 million is about a quarter of the total requirement. While this might be good news to some, I see it as a tiny part of a much bigger issue. The election next year in Taiwan is turning into an Us vs Them cage match between those who want independence and those who want China.

That means the results of the election can lead to a number of unexpected consequences, most of which lead to the design of a new conventional submarine for Taiwan being too little too late.

You never know though, some think China will act rationally. I'd say the chances of that are about as good as Taiwan fully funding the design contract over the next few years.
Postado por NOTICIASNAVAIS às 18:27