Looking For Lights In the Fog

Looking For Lights In the Fog 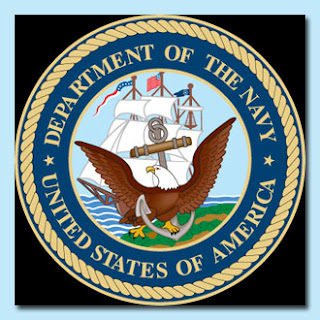 As October approaches, I'm getting a bit anxious to read the new Maritime Strategy being prepared by the US Navy. Clearly the Navy is already in a state of change, or is the word flux, as transition in the Navy is evident by the abundance of guidance, visions, operational concepts, appraisals, evaluations, programs, initiatives, recommendations, and decisions flowing from an unparalleled number of statements of naval strategy.

How does one take a National Security Strategy

, a National Strategy for Maritime Security

, and a Quadrennial Defense Review

, and a Naval Operational Concept

to put together a document of strategy relevant to our time and for the future of the Navy.

This daunting task is made more difficult by the environment in which the strategy will be introduced. Politics today are as polarizing as they are partisan, with clear divisions in the very role of the US as a nation and as a military power in foreign policy, made more difficult with the nation currently engaged in two ground wars; engaged in a long war with an elusive, idealogical enemy operating outside our western Westphalian System; while at the same time witnessing the early phases of the rise of an economic and potential future maritime military peer.

The United States has achieved absolute tactical superiority through information superiority and exploiting our technological advantage since the end of World War II, and yet the US hasn't won a major strategic victory in any military conflict since. General James Conway recently made the statement

that "the Marine Corps wins battles but the Army wins the Nation’s wars," I would add to that statement by saying the Navy wins the Nation's peace, with the cold war as evidence.

I believe that this will be especially true in the future; that for the United States to win the peace in the 21st century, the Navy will require a systematic approach to the escalation and de-escalation of conflicts both small and large through security, deterrence, and defending the homeland.

Even brilliance in military strategy can't overcome however the major hurdle facing the Navies new maritime strategy, specifically the absence of political policy based on an effective national strategy. As I have already highlighted, the nation is in abundance of "National" strategies, and feel free to read them carefully for evidence they are effective. The term political strategy in the US today has very little to do with national interest, rather the term revolves around partisan idealogical political objectives. Our nation eats its own in the absence of a clear and defined external threat, which is ironic considering we fight two ground wars and see major challenges that directly effect our national interests over the horizon in every direction.

We live in a dangerous time of second string Monday Morning Quarterbacks populating the big chairs in the media and political class. Their hubris is so grand they assume the role to advise Generals on tactical moves like surge or withdrawal, and pass on this advice in tactics by calling it a strategy, in absolute abuse of the term. Ironic how the political class does this, considering they themselves have no strategies at all, and to this day are in complete reliance of the military strategy alone to achieve strategic victory in war. While most are discouraged by this, I am not convinced this is a bad thing, considering it is the application of unclear political strategies in every war since WWII that has lost us those wars. The way I see it, at least in Iraq the military has a clear objective and can choose to let Baghdad instead of DC handle the political decisions, which is probably for the better, since the military today is probably better received in Baghdad than it is in DC.

Petraeus continues to advance a successful military strategy. This strategy is clearly in the national interest of the United States, no matter what ones personal feelings are on Iraq, yet in the political class in America there is evidence and statements as much that this somehow isn't a good thing. Given that successful military strategies in winning the nations wars aren't accepted in today's political environment as a good thing, how should one expect the Navy maritime strategy for peace to be received?